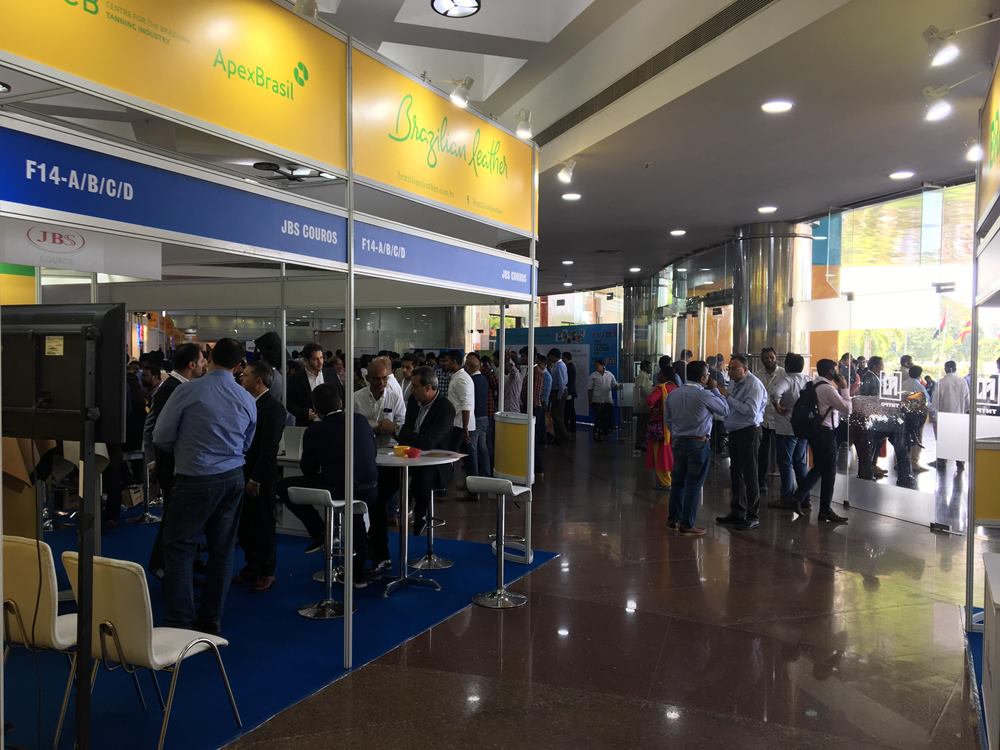 Two important market leaders have recently hosted Brazil's leathers at fairs.  New York was home to Lineapelle and in India Brazil's finest were part of the India International Leather Fair in Chennai.  Networking and events highlighted the Brazilian Leather project's participation at both events.  The project is promoted by the Centre for the Brazilian Tanning Industry (CICB) and the Brazilian Trade and Investment Promotion Agency (Apex-Brasil) as an iniciative to increase Brazil's leathers' participation in global markets.

Leticia Luft, manager of the Brazilian Leather project, was in New York and said that this year's American Lineapelle was marked by a massive presence of representatives from major brands with strong performance throughout the United States. Rogério Cunha from the CICB's Business Intelligence accompanied the Brazilian group in Asia, and points out that the series of business roundtables conducted with the support of the Council for Leather Exports (a representative body of leather and footwear in India) was one of the major highlights for the Brazilians in 2019. "This was the second year in which this roundtable was held and it was very positive, with four participating Brazilian companies that made some really important contacts," he reports. Cunha points out that India has almost doubled its Brazilian leather purchases by volume in 2018 when compared to 2017, proving to be a promising market.

Soon it will be Europe's turn to host businesses from the Brazilian Leather project for trade shows: first in Paris, for Première Vision (February 12th-14th) and then in Milan at Lineapelle (February 20th-22nd).

About Brazilian Leather -  As a leather sector internationalization project, Brazilian Leather is conducted by the Centre for the Brazilian Tanning Industry(CICB) in partnership with Apex-Brasil (the Brazilian Trade and Investment Promotion Agency). There are numerous strategies for consolidating national leathers and hides in foreign markets - encouraging the participation of tanneries in the principle global trade fairs and business missions focused on closer relations between Brazilian suppliers and buyers from other countries are but two of them. More information at  www.brazilianleather.com.br