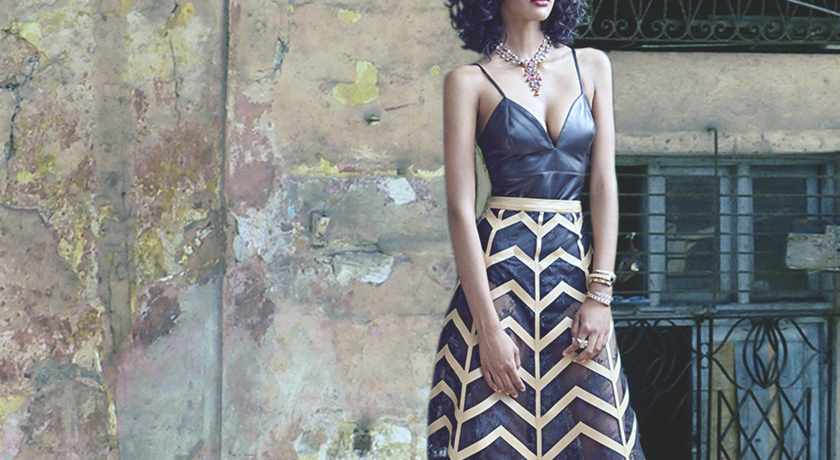 Design na Pele is now under its third edition, this time connecting footwear, furniture and tanning industries with celebrated Brazilian designers for the production of articles that have leather as the main raw material. The initiative is part of Brazilian Leather, project dedicated to promote local leather in the international market and coordinated by the Centre for the Brazilian Tanning Industry (CICB) in partnership with the Brazilian Trade and Investment Promotion Agency (Apex-Brasil). This year, Design na Pele also has the support from the Brazilian Shoe Manufacturers Association (Abicalçados) and the Furniture Industry Association of Bento Gonçalves (Sindmóve

Patricia Viera is Brazil’s most celebrated designer when it comes to leather fashion. With over 30 years experience and having presented her collections in the world’s largest fashion eventos, Patricia’s work next to Bom Retiro (a true icon in leather tanning) and Guilhermina Shoes (premium women footwear brand) should generate real fashion must-haves for next season. “It’s been a privilege to be part of this project. We all carry the same goal, as well as the same creative perceptions”, says Patricia. Her opinion is shared by Natália Hübner, designer at Guilhermina Shoes. “To connect creativity and technical excellence is what we believe to be essential for project Design na Pele. Contributing to one another is always the best way to grow”, highlights Natália.

Both Patrícia Vieira and Guilhermina Shoes are new on the project. Couros Bom Retiro, on the other hand, has taken part in Design na Pele since its first edition. Research and Development manager Cássia Harth recalls: “When we first joined DNP, we had no idea where it would take us. We faced the challenge and learned how to sharpen our creative to the sectors reality, giving the well deserved value to our surroundings”. According to Cássia, this third edition will sure reveal an even greater creative potential as it connects new partners – after all, the project is much more complete and mature.

There are a series of other partnerships underway as part of Design na Pele’s third edition. The project’s schedule foresees the release of the first articles during the first semester of 2017.

About Brazilian Leather - Dedicated to promote Brazilian leather in the international market, the project is coordinated by the Centre for the Brazilian Tanning Industry (CICB) in partnership with the Brazilian Trade and Investment Promotion Agency (Apex-Brasil). The consolidation of local leather in foreign markets is strengthened by a series of strategic actions, such as the incentive to the participation of tanneries in the world’s major trade fairs and Business Missions focused on tightening relations between Brazilian suppliers and international buyers. For more information, please visit www.brazilianleather.com.br