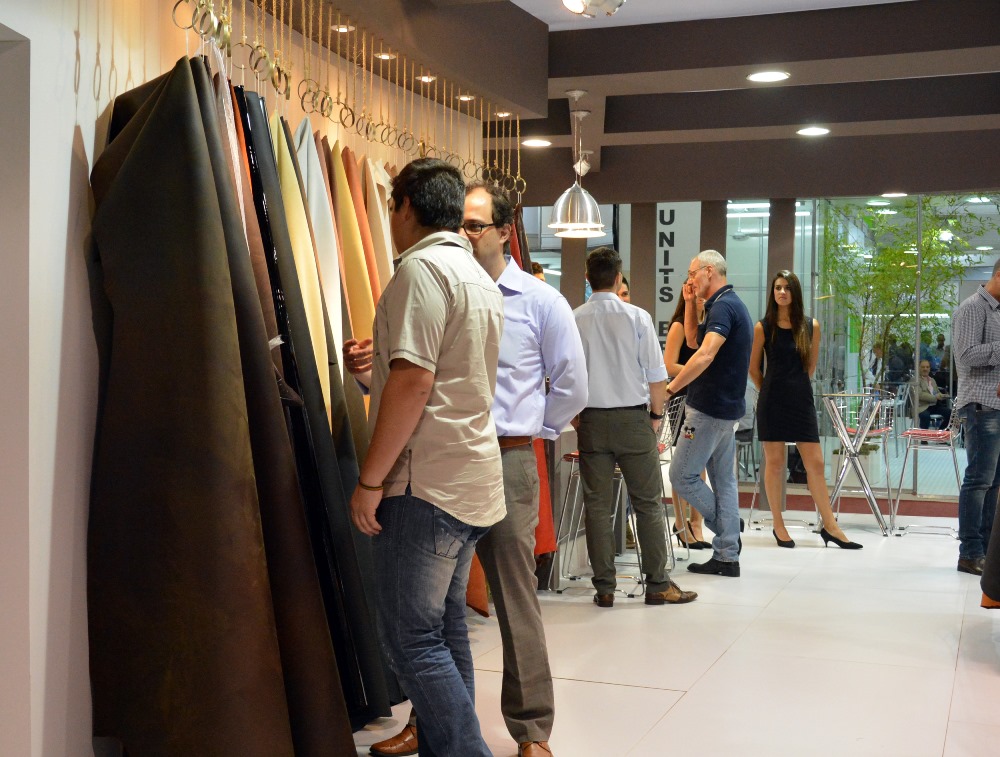 Leather will have an intense agenda at the 43rd Fimec, with CICB programming

Brazil's leathers will have three intense days of programming in Novo Hamburgo (RS) at the 43rd International Leather, Chemicals, Components, Machinery, and Equipment for Shoes and Leather Fair (Fimec). Fimec will be held February 26th and 28th, with a series of activities organized and supported by the Centre for the Brazilian Tanning Industry (CICB) and the Brazilian Leather Project, an initiative of the CICB and the Brazilian Trade and Investment Promotion Agency (Apex-Brazil) to encourage Brazilian leather exports.

Organized by the CICB, Fimec's scheduling includes hosting foreign importers, technical visits, the reception of a German journalist (participating at the invitation of Brazilian Leather), a meeting of the entity's Board of Directors, the CICB's own booth at the fair, and other activities. "It's traditional that we schedule several events at Fimec, as it is a broad networking, trend, and business event. This year will not be any different and we intend to boost contact with buyers from both domestic and foreign markets," said José Fernando Bello, the CICB's executive president.

Take a look at the programming prepared by the CICB for Fimec 2019:

Teams from CICB and AICSul will be available all throughout Fimec for general information and passing out informative material on Brazilian leathers at booth 2084, Pavilion 2.

A major importer of leathers from Russia will attend Fimec at the invitation of the Apex-Brasil Moscow Office (Eurasia), integrating the so-called Buyer Project. Independently participating Tunisian importers, from three different companies and from UTICA (a Tuneisian national representative of the industrial sector), will also be visiting and will be welcomed by Brazilian Leather. The entourage will carry out a schedule of technical visits and networking with the tanneries participating in Fimec.

At the invitation of the Brazilian Leather project Manfred Willsch, a German journalist from the specialized publications Shoez and Pro Leder is attending Fimec for special coverage. He will also make technical visits to the local tanneries.

The CICB will promote its Regular Meeting of the Directing Council, with the Ordinary General Assembly and the Meeting of the Management Committee of the Brazilian Leather Project. It will be held on February 28th at ABQTIC headquarters.

On February 27th Fimec will be a space of pure learning and knowledge with the second edition of the Fimec Forum. Large national and international speakers are confirmed for the activity. CICB members have a special discount on admission- simply contact us by e-mail at projects@brazilianleather.com.br   Companies that are part of the Brazilian Leather Certification of Sustainability (CSCB) also receive a special discount.

Visits to the Model Tannery in Estância Velha

The CICB is one of the supporters of the technical visits that will take place on the mornings of February 26th and 28th at the Senai Institute of Technology in Leather and the Environment, in Estância Velha. Visitors will be able to see the model tannery plant in operation, with some of the most advanced machines in the sector. Lectures on technology and trends are also part of the activity.

This year the marks the 16th edition of the Fimec Launch Awards, which recognize products presented at Fimec in the categories of sustainability, innovation, leathers, components, and machines. The CICB supports this event institutionally. It will be held February 26th starting at 8pm in a new location: the Fenac Events Center.

About Brazilian Leather - As a leather sector internationalization project, Brazilian Leather is conducted by the Centre for the Brazilian Tanning Industry(CICB) in partnership with Apex-Brasil (the Brazilian Trade and Investment Promotion Agency). There are numerous strategies for consolidating national leathers and hides in foreign markets - encouraging the participation of tanneries in the principle global trade fairs and business missions focused on closer relations between Brazilian suppliers and buyers from other countries are but two of them. More information at  www.brazilianleather.com.br