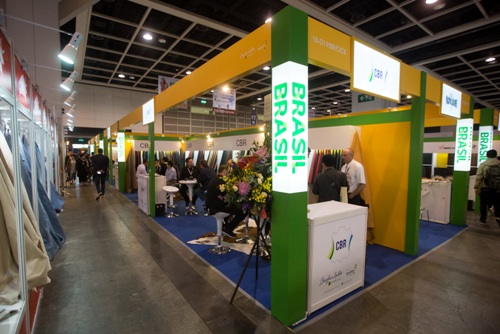 Leather from Brazil: an intense agenda at APLF Leather & Materials+ in Hong Kong

The world’s biggest leather event is about to occur. APLF Leather & Materials + will be going on in Hong Kong from March 14-16, where 38 Brazilian business groups will be showing their hides with the support of the Brazilian Leather Project - an initiative of Centre for the Brazilian Tanning Industry (CICB) and the Brazilian Trade and Investment Promotion Agency (Apex-Brasil) to encourage leather exports.

In terms of business, this year's APLF expects to generate US$300 million for Brazil over the next 12 months, confirming the indisputable relevance of Asia as a priority market for Brazilian leather in the international scenario (in 2017, China and Hong Kong were the destination for 32.2% of all Brazilian hide exports). In order to support the achievement of these results Brazilian Leather prepared a series of actions for APLF, such as a preparatory meeting with all the participating companies, the project’s own booth (with the Leather Preview exhibition), and printed materials with exhibitor contact info and media inserts.

According to CICB's CEO José Fernando Bello’s evaluation, Hong Kong is a unique showcase in the leather sector so its potential for image exposure and generation of public of interest for Brazilian tanneries should be taken advantage of. Presenting Brazil as a supplier of leathers with high added value and whose production is aligned with the precepts of sustainability is one of the great goals of the Brazilian Leather project at APLF.

Tanneries participating in APLF Leather & Materials+ 2018 and their respective locations: