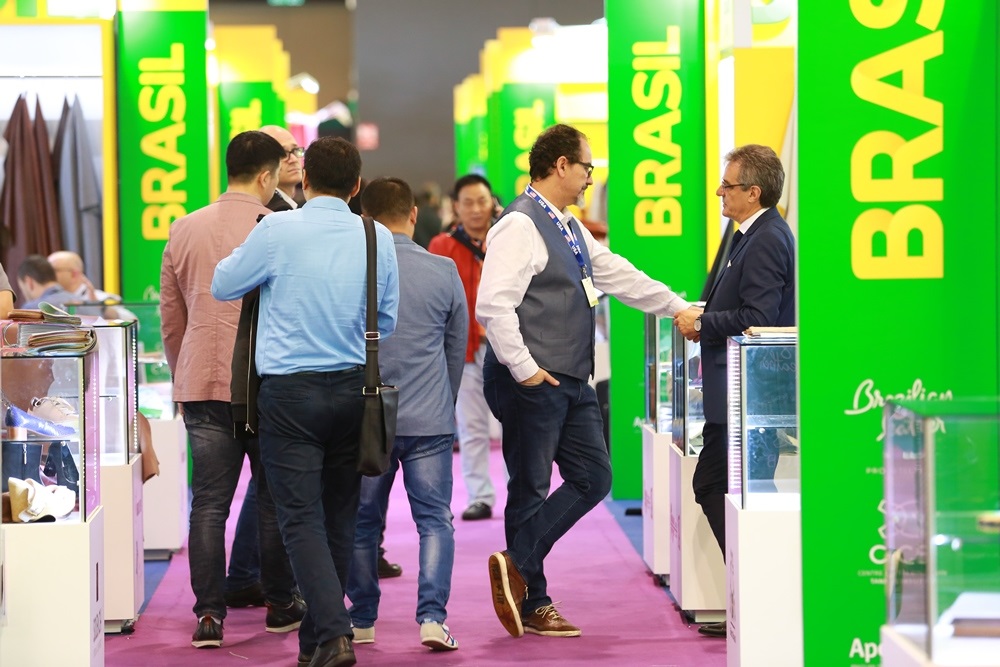 Brazil will soon be one of the protagonists at the world's principle leather trade fair, APLF Leather and Materials+ in Hong Kong from March 13-15th. The exclusive space for Brazilian companies - one of the event's biggest - will feature 36 stands showing off the potential and quality of Brazilian leathers with the support of the Brazilian Leather project, an initiative of the Centre for the Brazilian Tanning Industry (CICB) and the Brazilian Trade and Investment Promotion Agency (Apex-Brasil) for promoting leather sales in foreign markets.

APLF Leather and Materials+ is traditionally an important platform both for conducting  business and hosting other parallel events such as seminars, institutional meetings, and celebrations (see agenda below) as it brings together all the major players in the leather segment. Regarding sales, CICB executive president José Fernando Bello points out that this year's fair will be an even more relevant opportunity to observe the pace of negotiations and possible restrengthening of the sector in 2019 and 2020.

The Brazilian Leather project will give full support to participating tanneries from set up to business promotion, also participating in the agenda of meetings and roundtables and on display at its exclusive stand at APLF. There the Preview Leather expo (first launched at Inspiramais in São Paulo) will be exhibited, showing of the work of Brazilian tanneries- many of which are not present in Hong Kong- which can multiply business opportunitites. This edition of Preview has a tone of the appreciation of leather's natural aspects - the perfect line to draw the attention of the public that will be passing through the world's central leather event.

Support and assistance to Brazilian tanneries during the commercial display

All the Brazilian companies participating in the APLF with the support of Brazilian Leather: