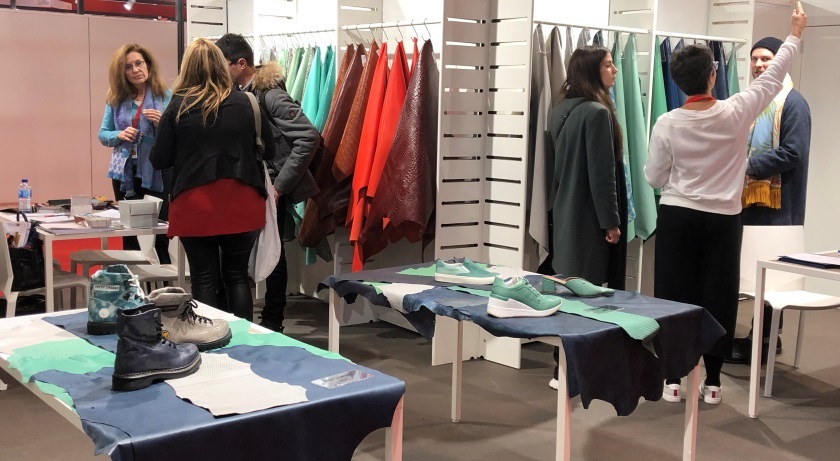 Almost 30% of all the leather exported by Brazil is destined for Europe, whose calendar of fairs for new businesses in 2020 will soon begin with Première Vision Leather in Paris, and Lineapelle in Milan. Both events will include substantial participation of Brazilian tanneries, supported by the Brazilian Leather project — an initiative to encourage Brazilian leathers in foreign markets that's conducted by the Centre for the Brazilian Tanning Industry (CICB) and the Brazilian Trade and Investment Promotion Agency (Apex-Brazil).

Paris will host its fair from February 11th–13th, and Milan from the 19th–21st. Fashion, quality, and sustainability are at the heart of the samples developed by exhibitors at both events. There are high expectations for both fairs: in one of its 2020 trend reports Première Vision pointed out some very interesting opportunities for leather in the sports footwear segment (both for sneakers and models for more intense physical activity). Lineapelle released data for the last quarter of 2019 that points to significant growth in footwear production in the European Union — a sphere in which Brazilian leathers have extensive experience and recognition among buyers.

With Brazil's participation in the Paris and Milan fairs, the message of Brazilian leather sustainability and its attributes of creativity, quality, and design need to be reinforced. The Leather Preview (a showcase with hides from different tanneries that anticipate fashion trends) will be in Paris at the Brazilian Leather stand, and the Brazilian Leather Certification of Sustainability (CSCB) will be featured in several of Brazil's activities at both fairs.