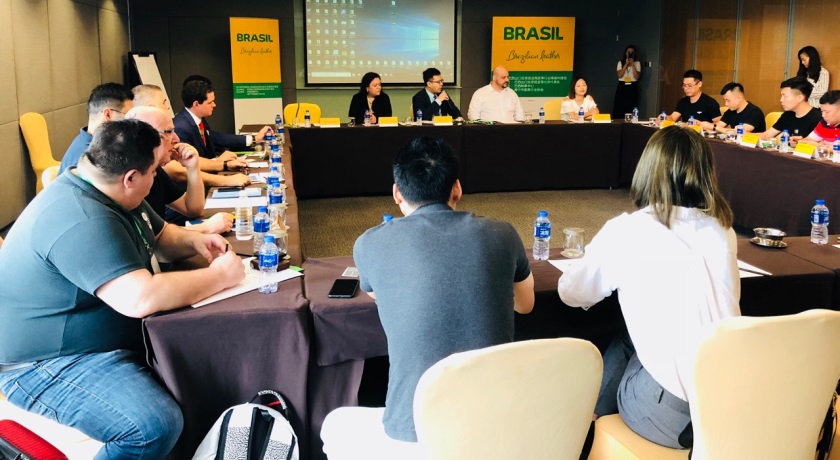 Brazilian Leather: the final balance of the ACLE fair

The All China Leather Exhibition (ACLE) fair is traditionally an important point of relations between Brazilian tanneries and their customers in Asia. This year's event, which ended last Friday (31) in Shanghai, was no different: the fair's three days were a platform for creating new business, market assessment, progress in previous negotiations, and image enhancement of Brazilian leathers in China. The participation of 14 Brazilian business groups was supported by the Brazilian Leather Project - an initiative of the Centre for the Brazilian Tanning Industry (CICB) and the Brazilian Trade and Investment Promotion Agency (Apex-Brasil) for the expansion of Brazilian leathers in international markets.

Brazilians began their business relation activities before the fair even began: on the eve of ACLE, Apex-Brasil's China office held a round of negotiations with Chinese leather buyers from the furniture segment. During the fair, Brazilian tanneries' general impression of business and prospects for new contacts was positive. Sales Manager of Curtume Gobba Leather, Gabriel Doria pointed out that this year's ACLE presents the possibility of finding new customers and that the products exposed were very well received.

At the fair's exclusive Brazilian Leather space, the highlight was the hides of the Summer 2020 Leather Preview. The collection - produced by several tanneries from all around Brazil - was initially presented in São Paulo during Inspiramais and debuted on the circuit of trade fairs at ACLE. Its next stop will be at the Brazilian Leather booth at Première Vision in Paris from September 19th-21st.

About Brazilian Leather -  As a leather sector internationalization project, Brazilian Leather is conducted by the Centre for the Brazilian Tanning Industry (CICB) in partnership with Apex-Brasil (the Brazilian Trade and Investment Promotion Agency). There are numerous strategies for consolidating national leathers and hides in foreign markets - encouraging the participation of tanneries in the principle global trade fairs and business missions focused on closer relations between Brazilian suppliers and buyers from other countries are but two of them. More information at  www.brazilianleather.com.br