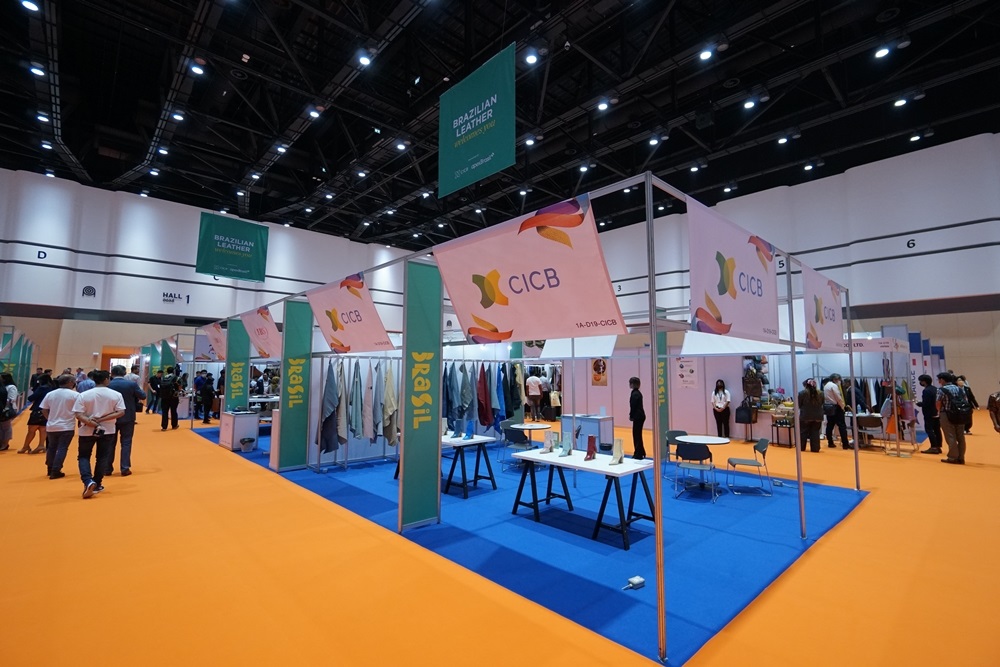 Thailand and Mexico were the two most recent destinations for Brazilian leather at international fairs, between the 19th and 21st of October. In Bangkok, where APLF ASEAN took place, 330 new contacts were opened with local buyers, in addition to audiences from Vietnam, India, Malaysia and Taiwan. At ANPIC, in León, Mexico, there were 70 new companies interested in Brazilian tanneries.

The country's participation in the two fairs has the support of Brazilian Leather, a project to encourage exports of leather carried out by the Centre for the Brazilian Tanning Industry (CICB) and the Brazilian Trade and Investment Promotion Agency (ApexBrasil).

There were 21 Brazilian companies from the tanning sector participating in APLF ASEAN. As an alternative to the obstacles that still exist for travels to China and Hong Kong, and converging on the growth of the manufacturing production in Southeast Asia, the world fairs organizer APLF held this edition in Bangkok with the approval of suppliers and customers. There were more than 200 exhibitors at and also buyers specially invited to the event (there was an agenda of business roundtables). Parallel projects brought even more knowledge and trends to the fair – such as exhibitions of innovative products (made in partnership with research institutes) and places dedicated to share information and details on the attributes of leather.

At ANPIC, there were four tanneries from Brazil on the list of exhibitors – double the number of the October 2021 edition. Mexico has an important share in Brazilian leather exports – it already occupies 7th place and alone accounts for 3.5% of all Brazilian leather sales to the foreign market – and the ANPIC fair is the best platform for the beginning of any commercial relationship with the country. Positive feedback from exhibitors and customers was seen at the most recent edition – the 60th in the event's history.