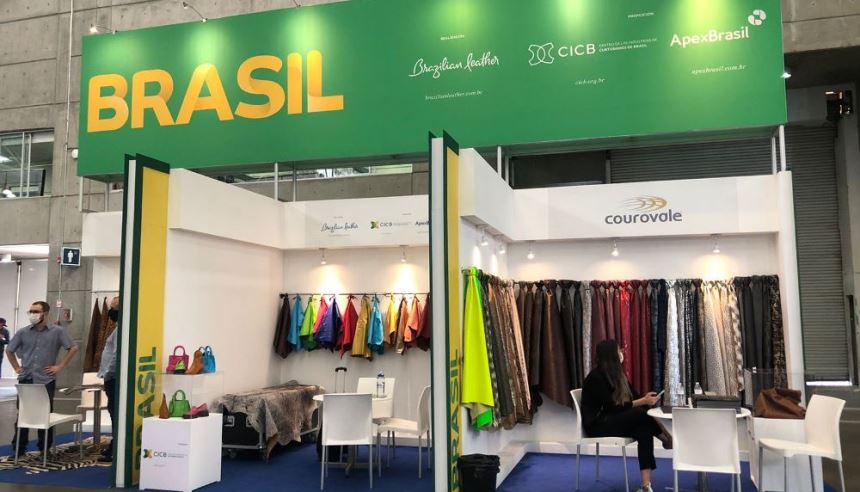 ANPIC fair in Mexico: see the opinions of the Brazilian participating tanneries

The Mexican fair was a very fruitful debut that resulted in good prognoses of business for Brazilian leather in the country. The first recent participation of the Brazilian Leather project at the ANPIC fair, in the city of Léon, confirmed previous analyzes of the potential for expanding leather exports to Mexico. Courovale and OCM Best Brasil tanneries participated in the event, which took place from October 20 to 22, with the support of Brazilian Leather, an export promotion project developed by the Centre for the Brazilian Tanning Industry (CICB) and the Brazilian Trade and Investment Promotion Agency (Apex-Brasil).

Rogério Cunha, from CICB's Trade Intelligence, points out that the event focused on supply materials for the footwear industry, but it was also an opportunity to establish contacts within the automotive industry: “The Mexican industry has grown in several segments that demand leather, and the products from Brazil have important attributes like quality, fashion, and sustainability that are required there.” Brazilian Leather also had an exclusive stand at ANPIC, where it presented leathers from several Brazilian companies and information about the country's supply potential.

Read testimonials from both tanneries about ANPIC:

“This was our first participation in Mexico. The fair was good, with many visitors who were all new to Courovale. I feel that Mexico has a potential for growth in terms of leather shoes in a very near future. I have been hearing from North American customers that it is a shoe hub which is being considered as an option for production in Asia. We have also received feedback about the types of leather that Courovale manufactures, which are not easily found in Mexico. So, we will continue to focus on the Mexican market,” Elton Haubert, Courovale.

“ANPIC was a good market option for our leathers in general. Demand from Mexico should increase due to its proximity to the United States, which buys the finished products. OCM Best Brasil’s leathers were very well accepted and have great potential for sales and commercial partnerships,” Raul Müller, OCM Best Brasil.

About the Brazilian Leather – The Brazilian Leather project is a sectoral project focused on the internationalization of Brazilian leather. It is conducted by the Centre for the Brazilian Tanning Industry (CICB) in partnership with the Brazilian Trade and Investment Promotion Agency (Apex-Brasil). There are several strategies for consolidating the national product in foreign markets, such as encouraging the participation of tanneries in the main world fairs related to the industry and business missions aimed at strengthening relations between Brazilian suppliers and buyers from other countries. Read more at www.brazilianleather.com.br